Accelerate your sales with PinnacleCart

Just in time for the holiday season, PinnacleCart shines its Client Spotlight on Scotland’s own Edinburgh Silver.

How do you build a successful eCommerce business from the ground up? If you follow the path of Hugh Alsop, owner of Edinburgh Silver, you would find a market that is underrepresented and make it work for you! That’s the inspiration Hugh used to get started and his online store has been growing and doing well over the last 12 years. He took his passion and turned it into a thriving international custom, antique, and handmade silver gift shop. 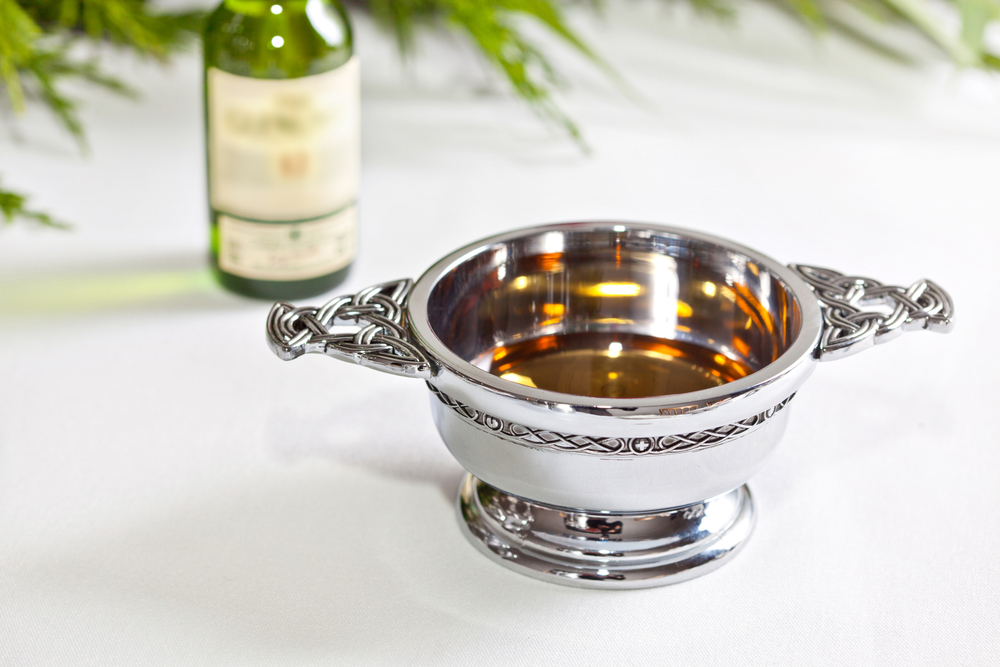 The Quaich is a historical two-handled Scottish drinking cup or bowl. It has been seen scattered throughout Scottish history and culture. With origins that are traced to the Highlands, commemorative silver quaichs are nowadays often awarded as prizes or given as gifts.

How he built success

Edinburgh Silver was not Hugh’s first business venture (but it’s been his favorite and most successful). Though he was nearly always in the antique business, he didn’t really find his current drive and niche market until he started to look for quality, handcrafted silver pieces made in Britain. During those searches, he started to notice a startling trend. Most of what he found was machine made and came from countries like India and China. Hugh was interested in finding silver products that were made as they used to be, by hand in the traditional way and made by British and Scottish craftsmen.

His quest led him straight into the perfect business idea, one that combined his passion and previous experience. In 2005, Hugh opened an online store to sell custom silver, antique silver, and handmade silver gifts from Scotland. Though it is still a small, privately owned business, its product line has grown and its reach has expanded greatly over the last decade. This Scottish eCommerce business now caters to silver enthusiasts, families, and famous celebrities (even Royalty) from all over the world. The United States is a very important market for Edinburgh Silver and we feel it’s mutual. Where else can an overseas shopper buy a fully restored 200-year-old Scottish Hallmarked Christening spoon for under 75$ or a pair of handcrafted Scottish silver cufflinks for 65$? Treasure seekers find their way to Edinburgh Silver for baby shower gifts, custom Christmas gift, and more. The precious pieces there will last several lifetimes but were nearly impossible to find without international travel until Hugh opened EdinburghSilver.co.

Hugh is happy sharing his craft with his local community in Kenmore, Scotland, and with the rest of the world. He and his team love doing what they do. They work in a unique artisans business using silver from their region instead of silver that’s been imported from international sources. They are preserving a time-honored skill and making it available to those who have Scottish roots of their own or just love Scottish silver and old-fashioned craftsmanship.

“We are well aware our business model is about 200 years old. We are dinosaurs, maybe the last of our kind, but in this high tech world we have found that old-fashioned skill and craftmanship still has a place.” 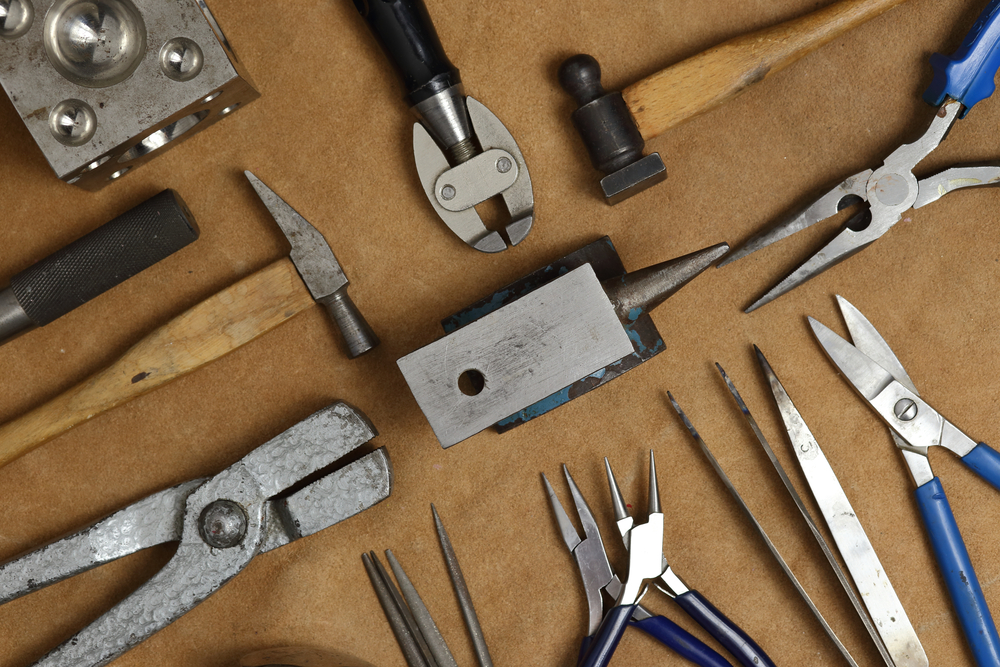 After struggling for way too long with an inadequate shopping cart solution, Hugh’s tech guy finally came to him and told him they could do better. He told Hugh there were better eCommerce platforms on the market and introduced him to PinnacleCart. Since then, Hugh has used PinnacleCart’s easy-to-use software to sell globally, add tools, improve the look of their site, and make many other changes over the last seven years.

“With PinnacleCart, you can do it yourself. You don’t have to pay anyone if you pick the right software. For example, earlier this year, I picked a specific keyword and used PinnacleCart’s SEO tools to help me optimize it through the site. I went from the 5th or 6th-page ranking with that word on Google to #1. You have just got to carve out some time, do your homework, and do it.“

Other Challenges in the Climb

The silver industry has some of the same challenges that other online retail stores have, but they have a few unique ones, too. Hugh’s analytics show that his target demographic may be a bit more mature than is found in other retail industries. We all know it’s essential to understand the target audience and what they need but this may be especially true for Edinburgh Silver. One of the tasks Hugh stays on top of for his customers is to make sure the site is simple and the navigation as easy-to-use as possible. Working with PinnacleCart software has helped him maintain that uncomplicated look and feel.

Another challenge Hugh feels may be unique to handcrafted silver pieces is the amount of time it takes to take an order, create it, complete the required approvals by the silver authorities, and ship it back to the customer.

“Fortunately, most of our clients understand the lengthy process but for those who don’t, we have to keep a large supply of ready-made and engravable items in stock. This is where PinnacleCart’s reports are essential and their integration with Google Analytics becomes important. Using those numbers helps us know how much and what to stock so we don’t overspend, or worse… run out of something!” 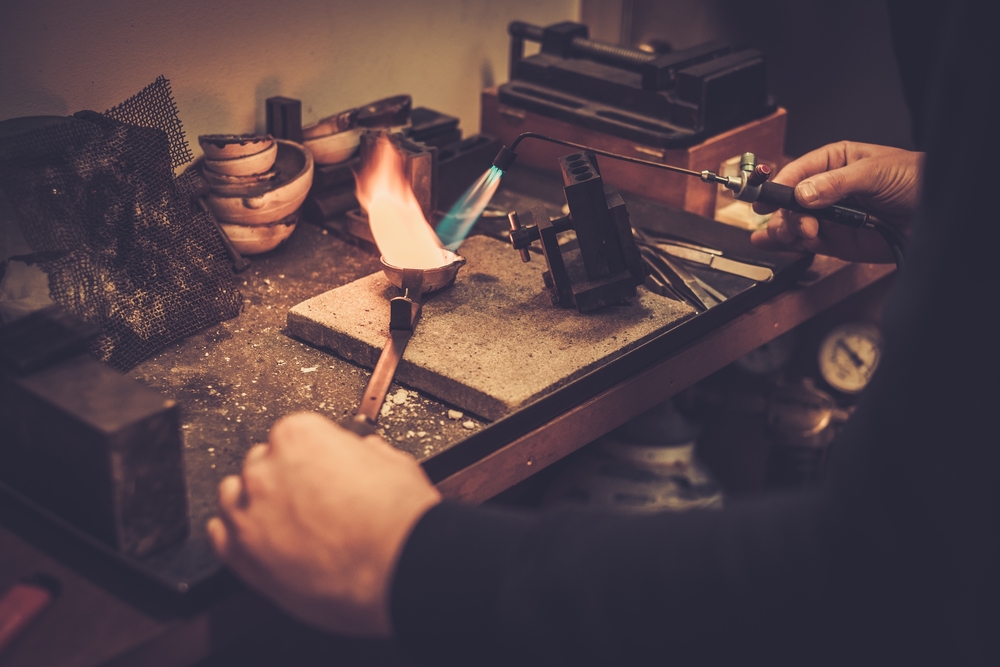 Hugh and his company have learned a lot over the years. When asked about his advice for those just getting into eCommerce, he had a couple of things to say… all revolving around research.

“Do your research and pick the right cart the first time. Avoid the mistake I made in the beginning with inadequate software.”

“Do your homework – then do it again – and one more time.”

Well, those sound like words of wisdom from a man who has lived it!

We hope you’ve enjoyed learning a little more about one of our favorite PinnacleCart stores, the success story behind it, the challenges of their climb, and a bit about what makes their relationship with PinnacleCart work. We have a few other Client Spotlights so click here and here if you’d like to read more about them!

Everyone once in awhile, someone from our bright and talented team will have enough time to put out an article related to technology, software, eCommerce or just living life on the web. You can find them here, for everyone to enjoy. Like what you’ve read? Please comment on it!

Grow you business with our experts

Focus on your business, let us do the rest.

Sign up for your FREE 14 days trial. No credit card required.